Translate your brand into a narrative with an emotional message.

Conveying your company in a micro film is an effective way to quickly share your company’s image with the world. The best commercials don’t require purchased time slots or column inches: they spread by word of mouth over the internet and social media. We’ll help you tell a story about your company; a story people want to hear and share.

What is a Microfilm Advertisement?

The line is blurring between short films and advertisements. Long form advertising results in more complex, filmic narratives that tell a story. These advertisements are generally no longer than thirty minutes in length and are all about evoking a connection in viewers.

Microfilms harness film-like cinematography, acting, and narrative to produce an advertisement that doesn’t feel like an advertisement — this reflects a successful project. While a microfilm is a more costly production than a conventional advertisement, it has the potential to yield a much better response.

Why use a Microfilm?

In this day and age, broadcast television and conventional TV advertising are on the decline. Even online, adblocking-services amount to billions in lost revenue. To meet these enormous shifts, advertising has needed to take on new forms.

A microfilm is inherently more creative, captivating, and interesting to audiences, as well as broader in its scope and message. The microfilm medium is more accessible than a conventional product advertisement, which are precisely targeted and imposed on an audience.

Check out our Handrawn Animation Video Services as well! 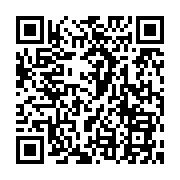